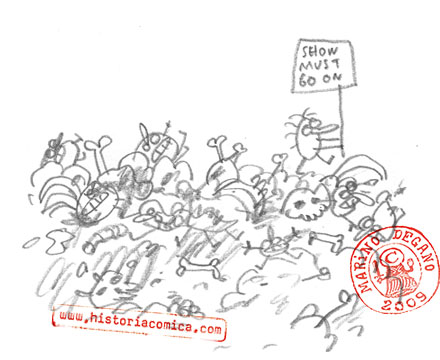 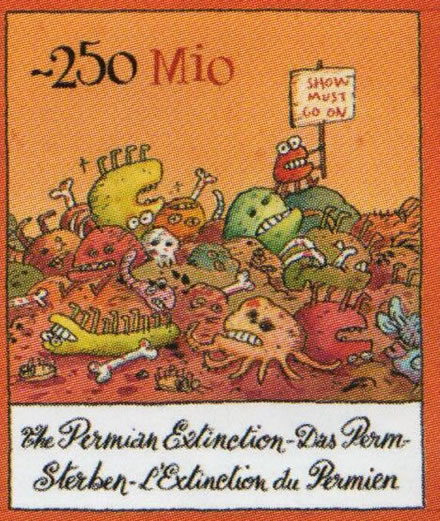 THE MASS EXTINCTION OF THE PERMIAN ~250 million years

The Permian–Triassic (P–Tr) extinction event, informally known as the Great Dying, was an extinction event that occurred 251.4 million years ago, forming the boundary between the Permian and Triassic geologic periods . It was the Earth's most severe extinction event, with up to 96 percent of all marine species and 70 percent of terrestrial vertebrate species becoming extinct; it is the only known mass extinction of insects. Fifty-seven percent of all families and 83% of all genera were killed off. Because so much biodiversity was lost, the recovery of life on earth took significantly longer than after other extinction events. (click to see all the article on Wikipedia) 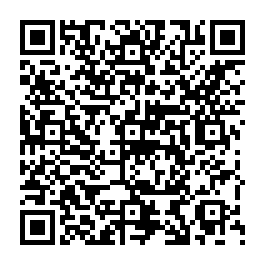