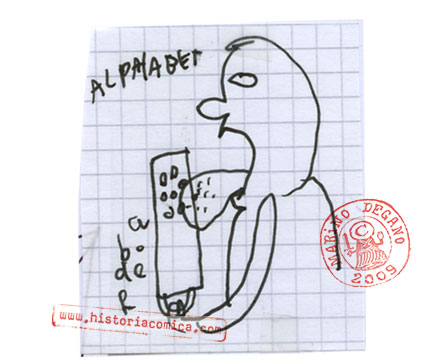 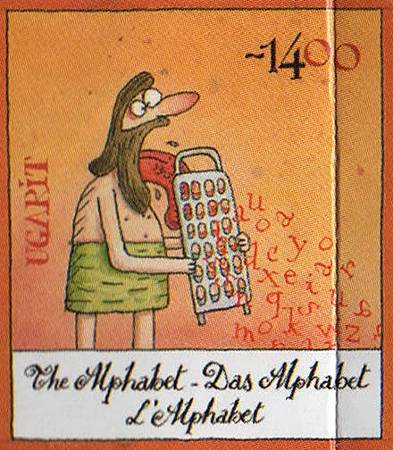 Scribes in Ugarit appear to have originated the Ugaritic alphabet around 1400 BC; 30 letters, corresponding to sounds, were adapted from cuneiform characters and inscribed on clay tablets (but cf. Byblos). A debate exists as to whether the Phoenician or Ugaritic alphabet was first . While many of the letters show little or no formal similarity, the standard letter order (preserved in the latin alphabet as A, B, C, D, etc.) shows strong similarities between the two, suggesting that the Phoenician and Ugaritic systems were not wholly independent inventions. It was later the Phoenician alphabet that spread through the Aegean and on Phoenician trade routes throughout the Mediterranean. The Phoenician system became the basis for the first true alphabet, when it was adopted by Greek speakers who modified some of its signs to represent vowel sounds as well, and as such was in turn adopted and modified by populations in Italy (including ancestors of the Romans). Compared with the difficulty of writing Akkadian in cuneiform—such as the Amarna Letters from ca. 1350 BC— the flexibility of an alphabet opened a horizon of literacy to many more kinds of people. In contrast, the syllabary (called Linear B) used in Mycenaean Greek palace sites at about the same time was so cumbersome that literacy was limited largely to administrative specialists. (click to see all the article on Wikipedia) 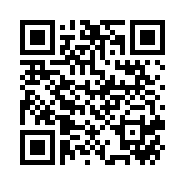